Local Government History of the Town

Navigate thru all the sub categories of the website

History of the Town 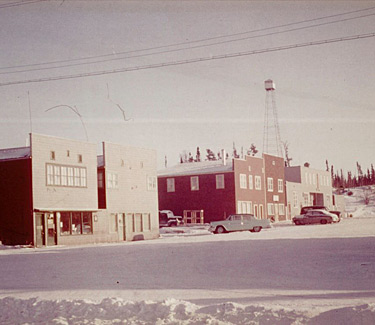 1913 Gold discovered on the east shores of Wekusko Lake

1925 Christopher Parres discovers gold in Snow Lake area, which was staked in 1927, and later the town grew up in this area

1949 saw 100 residences, two general stores, a hardware store, fuel and building supplies outlet, a bank, a hotel, a café, and a transport company

1958 An agreement was finalized by which HBM&S would purchase a number of Howe Sound Mining Company assets, including the power transmitting line, the Community Hall, Curling Rink, a 7-room hospital and a school house

After a fire destroyed the original curling rink, a new one was built including an indoor Rifle Range.

1962 the Wilfred T. Lipton Hockey Rink was built. Both had the luxury of artificial ice.

1967 A full-size stage was added to the community hall as the Town's centennial year projects. Presently this stage is still being used by the citizens of Snow Lake and traveling production.

1985 Construction of a new RCMP office was completed, as well as residences for the officers stationed in Snow Lake.

1995 New Britannia Mine (was Nor-Acme) reopened by High River and Kinross; closed January 2005

2005 January; New Britannia Mine put on care and maintenance

Fires may start easily and spread quickly but there will be minimal involvement of deeper fuel layers or larger fuels.